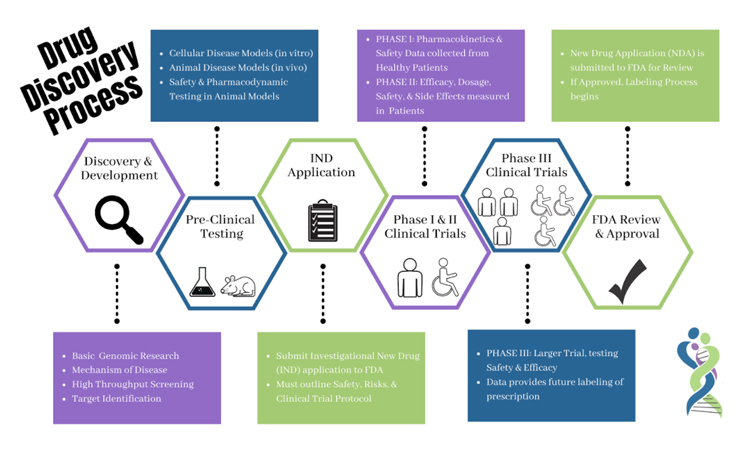 Longboard Pharmaceuticals plans to initiate a phase 1b/2a* clinical study for their drug LP352 sometime between January 1st and March 31 of 2022. This will be a basket study (enrolling many different Developmental and Epileptic Encephalopathies) which includes SCN2A. The full details of the inclusion/exclusion criteria have yet to be disclosed (we will share when available), but at this point we know:
1. The study will be for patients aged 18-65
2. For patients with Developmental and Epileptic Encephalopathies (several syndromes including SCN2A) with ≥ 4 motor seizures per month in the 3 months prior to screening and ≥ 4 motor seizures in the month of screening
3. Will exclude patients taking stiripentol, fenfluramine, or lorcaserin
4. This trial will be run in North America at ~25 different clinical sites.
It’s unclear at this point which SCN2A mutations could benefit most from this class of medication but this class of drug has proven to be beneficial in both Dravet Syndrome and LGS.

*Phase 1b/2a Trial means a human clinical trial conducted on study subjects with the disease or condition being studied for the principal purposes of gaining evidence of the safety and tolerability of, and potential pharmacological activity for, any product, as described in 21 C.F.R.

*In Phase 2 studies, researchers administer the drug to a larger group of patients (typically up to a few hundred) with the disease or condition for which the drug is being developed to initially assess its effectiveness and to further study its safety. A key focus of Phase 2 studies is determining the optimal dose or doses of a drug candidate, in order to determine how best to administer the drug to maximize possible benefits, while minimizing risks.

Additionally, our team formally met with four other biotech companies to discuss drug development in SCN2A. None of these companies currently have an active SCN2A program in IND*-enabling stages (meaning preclinical with a line of sight on moving to the clinic to treat patients). However our conversations were engaging and consistent with the types of conversations we have had with companies that are seriously considering initiating development on SCN2A. While none of these three companies are likely to offer an option for clinical trials for our community in the next year it was a clear positive to see this level of biotech interest in SCN2A. We view this as a strong signal that both science and technology are reaching a critical mass that could lead to something transformational for our kids.

Clinical trials are a way to test new methods of diagnosing, treating, or preventing health conditions. The goal is to determine whether something is both safe and effective. Learn More

Drugs typically have to clear multiple clinical trial hurdles in order to support approval. The typical trial phases are 1, 2, and 3 with lower number being earlier trials and larger numbers being more advanced trials.

Phase 1 trials are typically in healthy volunteers and are evaluating initial safety, and dosing in humans. These trials help ensure that the drug is safe enough to be evaluated in patients and also are used to identify an appropriate dosing range for subsequent trials.

Phase 2 trials are typically used to provide proof of concept (that the drug has an efficacy signal, is providing a benefit to patients) and also tests safety in the patient population. These trials often are used to help design and power registrational phase 3 trials.

Phase 3 trials are often the trials used to support the approval of the agent and may be the final clinical hurdle a drug needs to pass in order to be approved by the FDA.

This is a designation granted by the FDA when a drug is being developed to treat a pediatric condition that is serious and life-threatening and occurs in under 200k people in the US.

This is a program used by the US government to incentivize drug development for pediatric rare diseases. If a drug is approved that has been granted the rare pediatric disease designation, then the developing company receives a voucher that grants priority review of a future drug (which can accelerate the developmental time of a drug by ~4 months; for example: if drug#1 is approved and had been granted the rare pediatric disease designation then said company would receive a priority review voucher that they could use on drug#2 ).

This is a designation granted by the FDA when a drug is being developed to treat a rare disease (occurs in under 200k people in the US).

This is a program used by the US government to incentivize drug development for rare diseases. Drugs awarded this designation received a number of incentives by the FDA including: 1. Market exclusivity for 7 years post approval, 2. A waiver of application of user-fees, and 3. A 50% tax credit for clinical testing expenses